Making Waves Foundation (MWF) formerly Sailors with disABILITIES (SWD) is an Australian registered not-for-profit organisation that, through sailing, becomes a catalyst for change in people's lives. We exist to offer life-changing opportunities to children, youth and adults with disabilities and those at a disadvantage to drive a more optimistic outlook for personal growth and improved life outcomes.

We use sailing as a tool to build confidence, self-esteem and new relationships. Through sailing, people start to forget about what they can't do and focus on what they can. We provide free sailing and training programs for people with a disability, disadvantaged children and adults, and their carers.

Watch this short video about one of our participants.

To provide inclusive and unique sailing experiences with skilled volunteers and staff that: 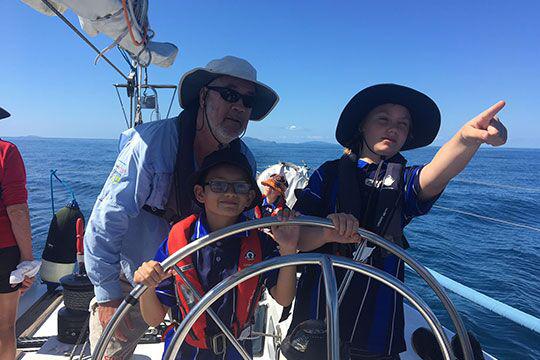 An Australia which embraces disabled or disadvantaged people, so they feel optimistic about their lives and are recognised by society as equals. 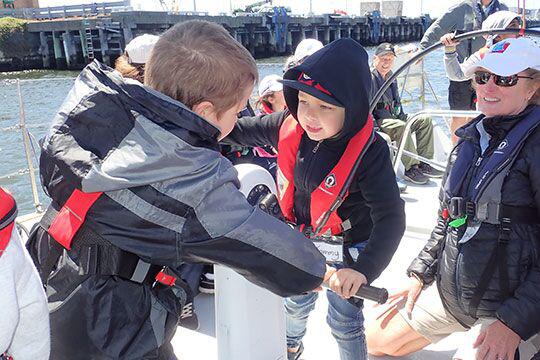 We have a passion for improving the lives of people with disability and who face disadvantage.

We place the safety of our teams and program participants at the core of everything we do.

We strive to deliver high standards of performance in all aspects of our work.

We have an absolute and unwavering commitment to operate in a manner that is ethical, trustworthy, respectful and responsible.

We take a collaborative approach that values input from our volunteers, program participants, partners, donors and the communities in which we operate.

We actively seek, develop and implement new ways of undertaking and funding our service offering.

Some of our Achievements

The Making Waves Foundation, previously known as Sailors with disABILITIES, started in February 1994 with the 50th Sydney to Hobart Race. It was the first time a fully disabled crew had sailed in an ocean race. It was also supposed to be the last but, from this event a not for profit community organisation was formed. We called it Sailors with disAbilities - a very apt name.

View the story 21 Years of Sailors with disABILITIES: Sailing into social change – a narration of the extensive history behind the charity, referencing the organisations' growth and achievements from 1994 – 2015. This site was kindly created for us by UTS students.

In 2020, we changed our name to the Making Waves Foundation to reflect that we have expanded our programs to address the challenges in today’s society, most recently with our Wright of Passage youth program, and the wider role the charity now plays in our society up and down the east coast of Australia.