A Vision For Change with James Hunter 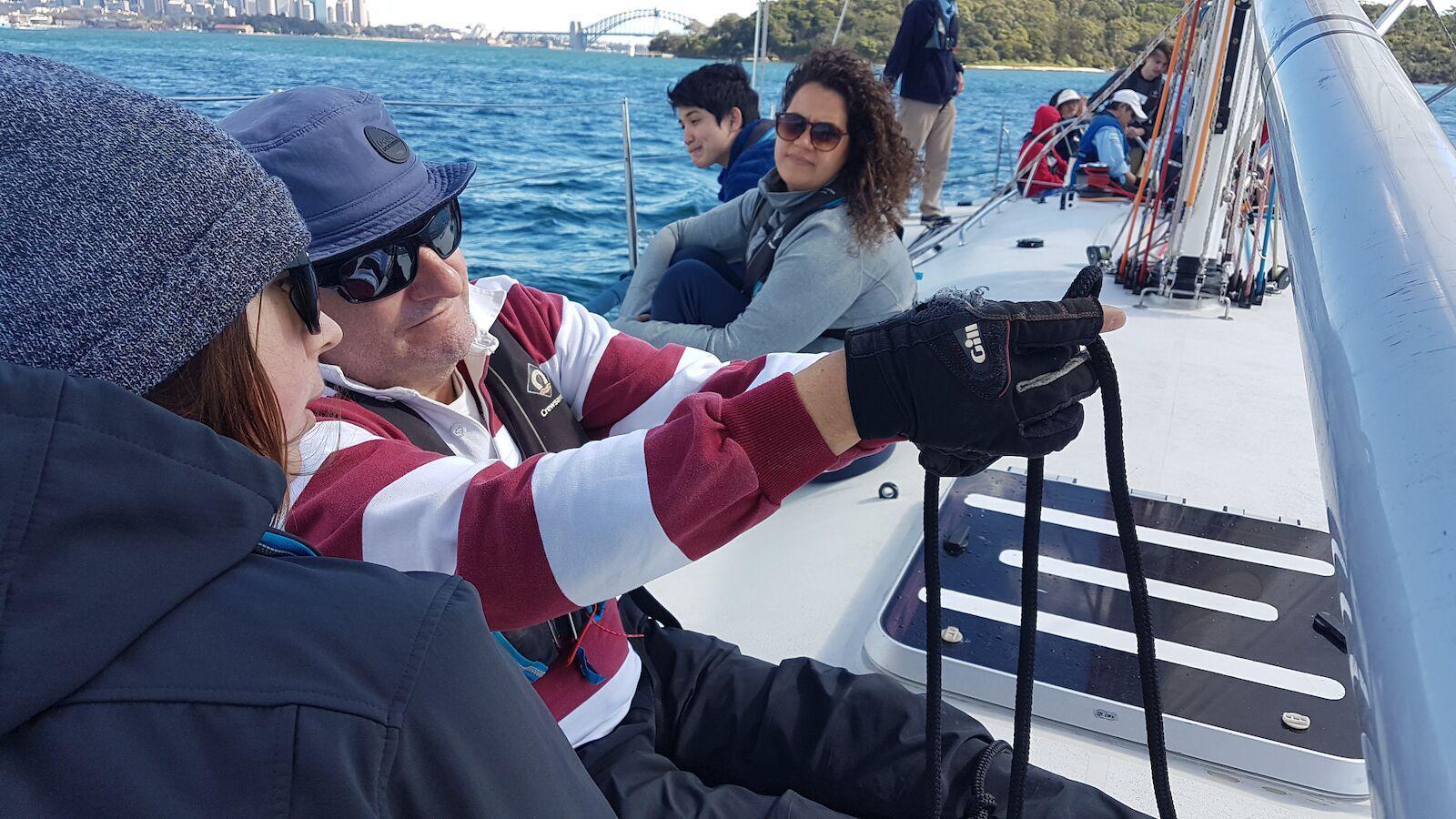 James' involvement with MWF  (then Sailors with disABILITIES) began some five years ago when he lost his sight, moving from a sighted existence to a non-sighted existence. That instant changed the way he viewed himself and his interactions with others and with the world around him. He found himself looking for something “that would challenge me, something in which I could work towards excellence as a blind person and something that would bring the competitive juices to a boil”.

Everything that James was looking for, he found in the twilight racing programme. Sailing allowed him to explore his new self and to find out what he was capable of in a supportive, encouraging environment, all the while enjoying being out in nature, on the ocean. “The raw power, the unforgiving power of nature and the sea mean that every single one onboard that yacht in that instance is equal. There is something invigorating and grounding in getting out and smelling the salt. The wind in your face and getting drenched in water is very life-affirming. If you build onto that things such a quest for excellence, working with wonderful people, the reward ,in so many other ways, is more than just being part of a crew. It’s a potent mix of things that MWF offers”.

Being part of the racing crew allowed James to realise that  even whilst he was adjusting to his personal challenges he could support others who were going through their own life challenges by volunteering with MWF. He makes the five hour round journey from his home in the Southern Highlands to Rushcutters Bay to get on the water at least twice a week, once as a volunteer for one of the sailing programmes and once as an active onboard crew member in the racing programme. Additionally, his administrative and managerial roles involve monthly meetings. He joined the Board three years ago because of his deep commitment to MWF, wanting to be a part of the future of the foundation, to make it the very best it can be and to ensure the long term sustainability of the organisation.

James’s story of his increasing involvement with MWF is testament to the material difference that the MWF programmes make in society. He has shown, and continues to show, that “anything is possible”. He believes that “anything is possbile when your attitude is right, when you have the passion and determination and you realise that has to come from within you. When you combine that with surrounding yourself with people who are supportive and will assist you in attaining your goals, it is potent and heady mix to achieve things in ways that you never have. It is not only the onwater activities, not only the operational activities, not only the Board activities. Importantly, above all else, it is about engaging with a whole heap of different people who have their own challenges that they are facing, that we talk through, more often than not, share experiences and share the ways we have come to terms with those challenges. It is an opportunity that is all done out on the water and in nature”. 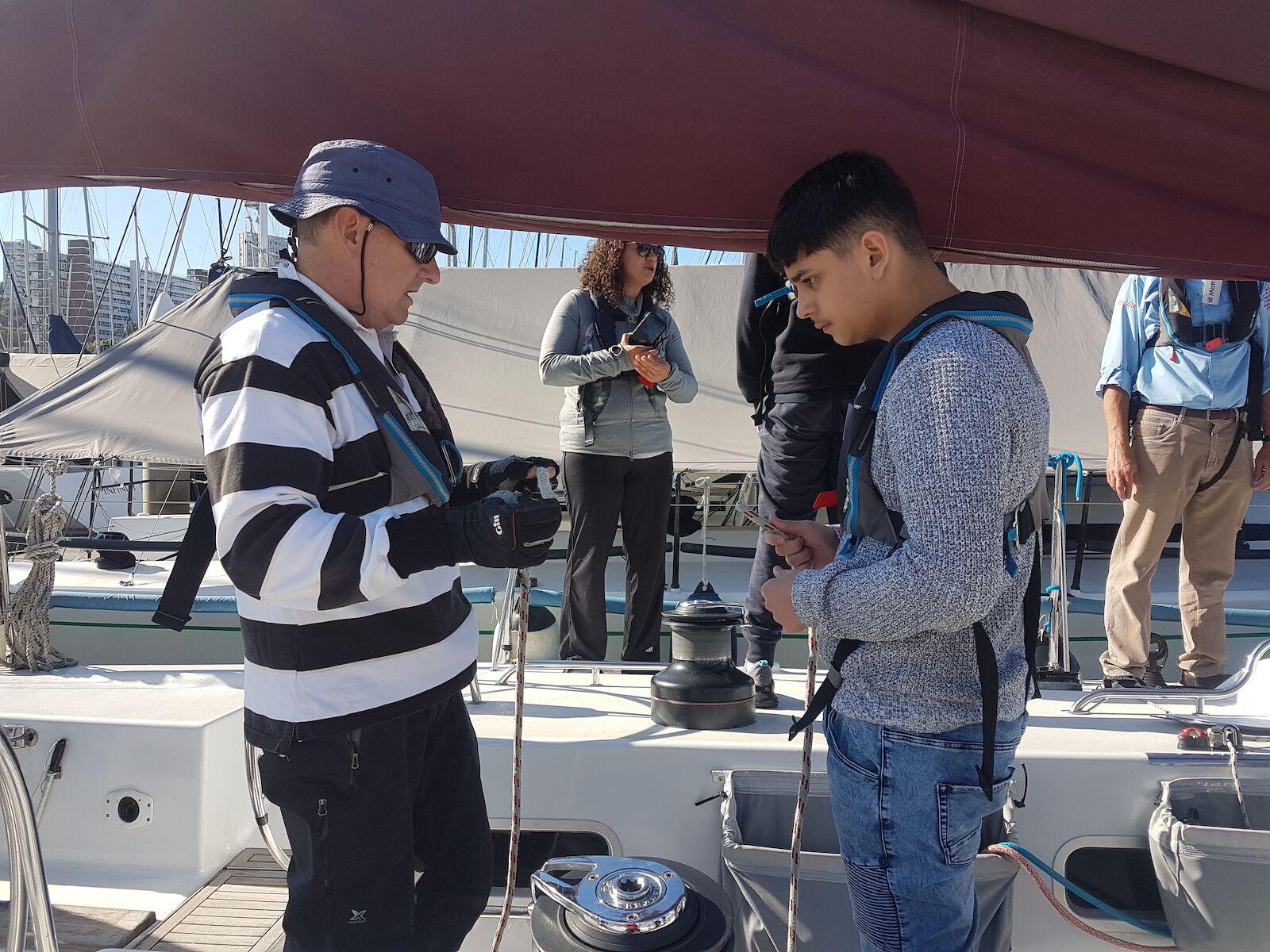 James is proud to be part of a team and to work with a committed set of people, both volunteers and employees, who really make a difference to people who are facing challenges in their lives or who have fallen through the cracks. As he says “For participants, their engagement in MWF in its various programmes first and foremost encourages them to adopt a positive and optimistic attitude that allows them to see the possibilities of meeting the challenges they have. It allows them to explore skill sets and personal strategies that will equip them to better negotiate the challenges they face and hopefully, through that process they will then be able to assist others and provide meaningful support to the challenges they are facing. Our teams deliver this on a daily basis to many Australians from Hobart all the way to Mackay and many ports in between.”

On a personal level James has seen how being out on the water has benefited blind children who have participated in the Winds of Joy programme. “Blind children who come out on the Winds of Joy programme carry the weight of the world on their shoulders and are struggling in an unfamiliar environment. Working with them from a non-sighted perspective shows them that just because they don’t see as well as anyone else, they aren’t precluded from being an active and valued member on the boat. They walk off the boat ten foot tall and full of vim and vigour. That, in a really simple sense, is the sort of vignette that is repeated on every programme and every activity that I have been involved with”.

For James, the Making Waves  Foundation is about making waves in the attitude of an individual, about makes waves in terms of what might be possible for them by building resilience, by giving them courage and confidence. It is about challenging the stereotypes of how disabled and disadvantaged people are seen and what they are perceived to be capable of and as he says “We will continue to challenge that all the way through”.