Living Life to the Fullest with Albert Lee 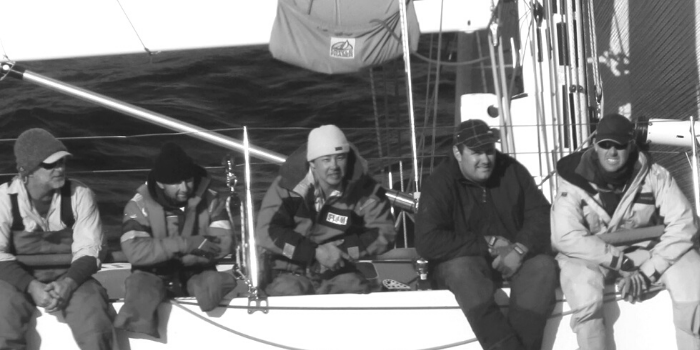 Albert Lee (pictured above, centre) has been an active sailor in the Making Waves Foundation community since 1994. He works as an optometrist in Sydney’s south.

The year was 1983. Albert Lee was in his third year of studying optometry at university, just twenty years old. It was during this time that he had an accident that would alter his life from that point forward. After falling under a train, Albert lost both his legs above the knee and was told that he would never walk again.

In spite of this discouraging news, Albert developed a drive to prove society wrong and to live his life to its full potential. In 1994, Albert responded to an ad that was seeking members for the first disabled crew to sail in the Sydney to Hobart Yacht Race. David Pescud, founder of Making Waves Foundation, made a pledge to Albert: “You’ll never regret this experience - it’ll change your life”. Despite having no previous sailing experience, Albert was eager to take on the challenge.

And what a challenge it was. Since the crew had to be ready for all kinds of things to go wrong during the five day journey, preparation for the race required rigorous training and constant boat maintenance. Like any sail, a strong awareness of sea safety survival boat procedures were imperative, as well as the ability to work as a team. 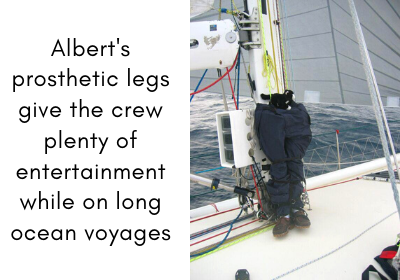 “On that first Sydney to Hobart, after days in, sleep deprived, exhausted, I was up on deck as dawn broke. It was breathtaking. I knew I was experiencing firsthand the power and the beauty that nature had to offer. I knew I was really living,’ Albert says during a presentation at Blacktown Rotary in 2020. “For the first time in my life since my accident I felt free. I was out on the ocean with a crew who had disabilities second. We were sailors first.”

Albert has always felt inspired by the adventurous nature of sailing. He has seen many spectacular sunrises and sunsets in his time on the ocean, and has sailed through all sorts of unruly weather. “To be out on the water in tune with nature is an amazing thing,” he says. “There is a certain magic that this can bring.”

Another element that Albert loves about sailing with MWF is the sense of unity and team spirit. “The thing about sailing with people with disabilities is that there aren’t as many egos,” he says. “We have all had to accept some disadvantages in life and we know what we are capable of and appreciate what others have to contribute.”

Albert Lee during the world record circumnavigation of Australia in 2003

Despite his physical disability, Albert is one of the fastest and most nimble crew members on board. He uses his arms to move quickly through small spaces in the boat that other able-bodied members would have to crouch and crawl through. “When on the boat I do not wear my prosthetic legs, so my center of gravity is lower so that I can scoot around the boat quite rapidly,” Albert says. “However, this leads me to be vertically challenged.” For Albert, the art of sailing is all about recognising one’s own strengths and weaknesses, and learning how to adapt.

Since his first ocean race, Albert has participated in numerous Rolex Sydney to Hobart races and was a part of the MWF crew that broke the world record for circumnavigating Australia non-stop and unassisted. He has also represented Australia in the Sydney 2000 Paralympic Games in sitting volleyball. On top of this, Albert has competed in seated waterskiing, wheelchair tennis and basketball, wheelchair marathons and handcycling. He sees sport as a way to push oneself physically and emotionally, as well as an opportunity to build new relationships with others.

The support he received from friends and families during difficult times in his life has motivated Albert’s desire to give back to the community. “You can never ever repay that kindness, but you can give back in kindness to others who are doing it tough,” he says. “Sure, I may not be able to walk long distances or run and jump, but I am still a person. A person that is contributing to society.” 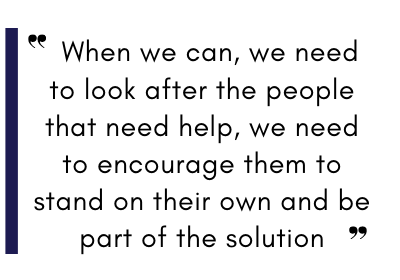 Albert often volunteers in underprivileged regions, using his optometry skills to assist those in need. Not only has he worked in remote Australian communities providing eye care to Indigenous Australians, but his passion for helping others has also led him further abroad. On one of his trips, Albert travelled to Sri Lanka to provide spectacle corrections to the people that had lost everything in a disastrous tsunami. “When we can, we need to look after the people that need help, we need to encourage them to stand on their own and be part of the solution,” he says.

While the MWF community is made up of people from all different backgrounds, they are all brought together by a shared love for the freedom and camaraderie that sailing offers. Albert’s story is just one among many. He says, “David was right - sailing changed my life forever.”

Watch an interview with Albert as part of the Lifting Lockdown on Optimism series: