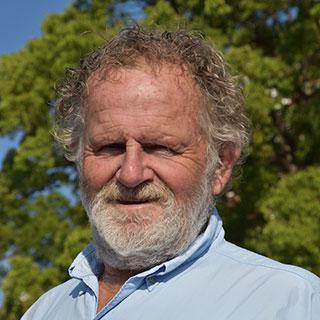 David is dyslexic. He can't read or write and left school at 15. Yet he retired in his early 40s to devote his life to his first love, sailing. More particularly, to devote himself to creating the opportunity for disabled people, especially kids, to learn to sail.

David is a man on a mission to show that disabled people can take their place alongside the able-bodied, "ABs" as he calls them, and have their abilities acknowledged ahead of their disabilities.

David won the NSW Disability Industry Innovation Award for Distinguished Service in 2013, recognising his contributions over the last two decades.

In 2014, David Pescud won the NSW and then the National Pride Of Australia Medal for Inspiration nominated by a crew member for his mentoring. He also won a Distinguished Long Service Award 2016 from Sports NSW.