Kristi Foster broke her back when she was just 21. Then 16 weeks after surgery to repair her spine she was in a car accident and broke her back (and neck) again. She's also been diagnosed with MS of the spine. 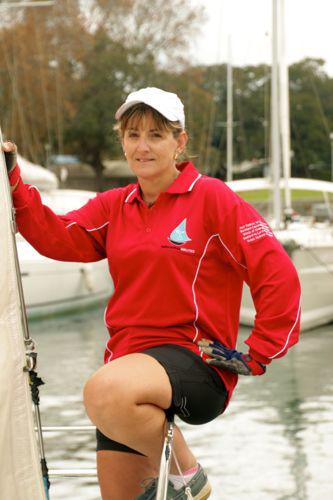 This left her depressed, angry, and in a wheelchair, raising 2 young children. Kristi freely admits she 'wasn't very nice to live with at that time.' 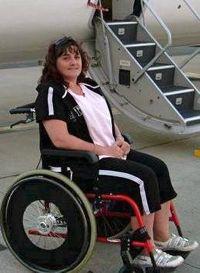 In 2009, Sailors with disABILITES sailed into Kristi's home town of Coffs Harbour and she saw them putting a wheelchair onto the yacht.

This was an 'Ah ha!' moment for her. She chatted to the MWF team and realised sailing was something she could do.

Kristi started sailing regularly and started on the upward spiral of recovery.

The sailing helped her to forget about her pain, and the constant movement strengthened her core muscles. As Kristi's core got stronger, she was able to gradually get out of her wheelchair. She lost 50kg in the process and her depression lifted.

Kristi's goal for 2014 is to become part of MWF and to be involved in Try Sail and the Northern Campaign. And, if her Dad get's his wish, she'll be in the MWF Sydney to Hobart team this Boxing Day.

Without sailing, Kristi is not sure that she would be here today. She is incredibly grateful that MWF sailed into Coffs Harbour that day, and changed her life forever.

You can make change happen by