In 2016, the Foundation undertook ambitious plans to launch it's Winds of Joy programs in Melbourne. Since that time, the program has continued to grow in strength and excellence, offering thousands of children with disabilities the opportunity of sailing.

To celebrate 5 years of Melbourne program delivery, a volunteer celebration was held on July 14 at Sandringham Yacht Club. 20 Melbourne volunteers attended the event, including several from our dedicated sponsor Australian Maritime Technologies who have become an integral part of the MWF family.

'I didn't realise the enormous amount of joy and smiles that WoJ programs can create and the wonderful crew in both Melbourne and Sydney I would meet and make friends with along the way.

I really miss the kids and crew here in Melbourne and hope that MWF boats and programs are back making a positive difference in everyone's days soon.'

Certificates of achievement and thank you gifts were awarded to the volunteers, and everyone was able to catch up and share stories after months apart due to Victorian COVID restrictions. Sandringham Yacht Club showed their appreciation of the volunteers by donating the venue and catering.

Bryan Dorman, MWF Board Member and Patron, represented the organisation at the event, which was very fitting as it was Bryan who hosted the MWF Melbourne launch event 5 years earlier. 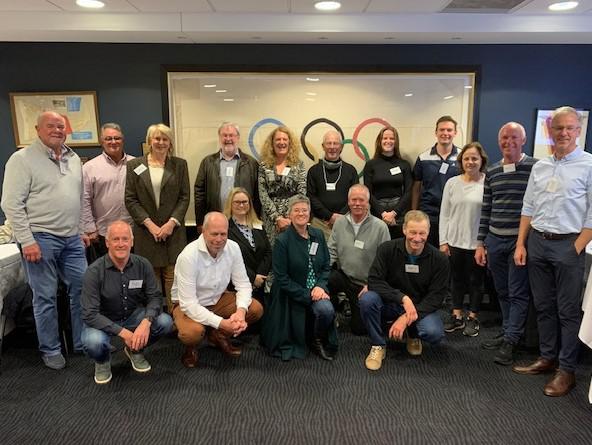