Finished the 2015 Rolex Sydney to Hobart

SWD wishes to thank you for your support for the SWD crew in the Rolex Sydney to Hobart Yacht Race (RSHYR), 2015. The response on social media has been incredible and unprecedented. SWD received dozens of emails, messages, and phone calls behind the scenes, too. Skipper John Whitfeld at the start of RSHYR 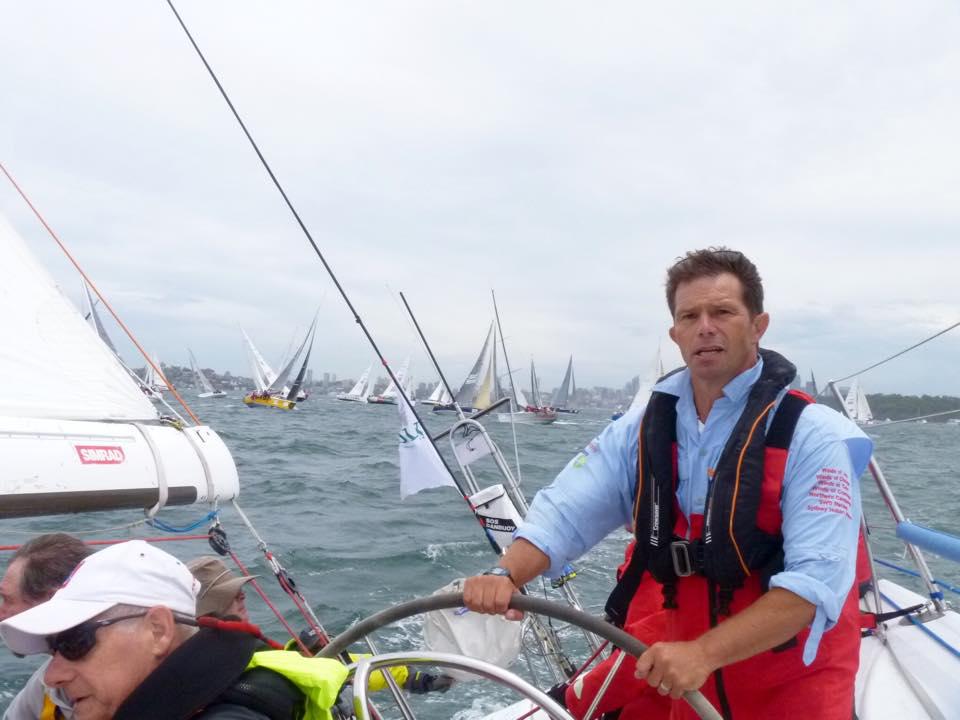 The SWD crew, on Kayle, crossed the finish line in the 2015 ‪‎RSHYR‬ on the afternoon of the December 30. Mile by nautical mile, the SWD crew proved that they can compete with the strongest racing crews and yachts in the world and thrive, with unexpected synergy and resilience, where others retired.

Kayle sailing up the Derwent on December 30. Image courtesy of Josh Gulbin The finishing position is a fraction of the story. That the SWD crew finished at all, and without damage or injury through a ferocious storm, is incredible. This outcome is testament to the skills of the Skipper, the helmsmen and women, the Navigator, and nine months of training by a dedicated and passionate crew who learned how to sail, race and grow together in all conditions.

Day 1 of RSHYR off the NSW coast Peter Hopkins from Tasmania on the wheel during the rough weather 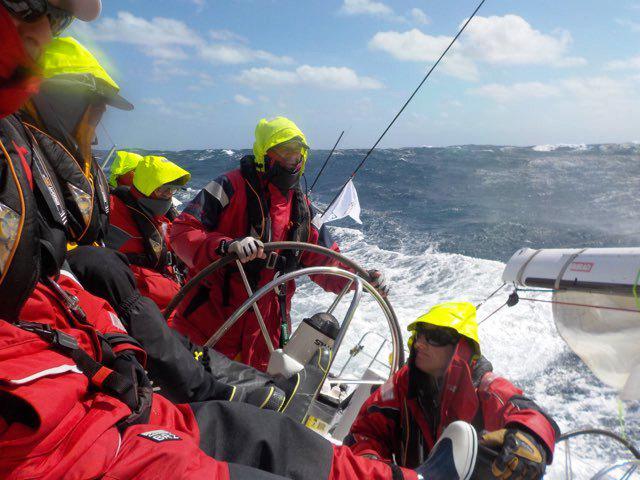 "I'm incredibly proud of us all. We achieved our goal. Some of our crew never dreamed they would or could do this race but they did it. It was all about us working together as a team, the culmination of 9 month's training.

We made it through the first night because we sailed conservatively, we have a strong boat and we didn't push the boat. The crew and boat are always our priority and we prioritised the crew and boat safety over the race, strategically sailing towards the coast to minimise the impact of the weather. It was a slower course for us but that's what seamanship is about.

I was so chuffed having a drink with our crew last night in Hobart. One of the girls said last night that my conviction in our team gave her confidence in the team during the tough weather. We trained for it and I had no doubt we could get through it and finish--and we did. We are a team and I'm proud to have had the opportunity to lead them and continue the SWD tradition of kicking goals for sailing and people with disability."

Mark Thomson on the wheel and dolphins in Bass Strait. Image from SWD crew. “As a member of the crew onboard Kayle for the Sydney to Hobart, I would like to say thank you so much to David Pescud and SWD for the opportunity to say "I can"! When asked after the race, 'How do you feel?', I replied "like I have met myself for the first time!" I am truly blessed and, I love my life!”

Kayle on Day 1 #Ican start the RSHYR. Thank you to Liesl Tesch for the image. Paul Palmer and Hoppy on deck “What a great achievement. How much faith we had in John Whitfeld, the first new Skipper in 21 years. He did a beautiful job. The fact that the crew and boat got there safe and sound tells me that they operated as a team, very bravely going into this race with eyes wide open knowing how tough it would be. The crew represented the organisation really well and we’re all so proud.” We also have a message from David Pescud, SWD Founder:

“What a great team of ‪Sydney to Hobart yachtsmen and yachtswomen. A bunch of sailors left Sydney Harbour on December 26, but an ocean racing crew finished in Hobart on December 30. As with the rest of the fleet, the SWD crew dealt with the ferocity of the 2015 Rolex Sydney to Hobart Yacht Race and they have finished with grace, skill and stronger than when they began.

I wonder how many children and young people who shared in this experience online are considering what they can do with their lives because of what the SWD crew did with theirs in the RSH yacht race.

My deepest respect and gratitude to Skipper, John Whitfeld, Navigator, Anne Lawrence, and this crew for making us all proud.

In 2016, we hope to extend our disability and disadvantage sailing programs to reach more schools, families and children across Australia. We need more support for that. I'm here if you want to get in touch about sponsoring SWD in 2016.

Thank you all for your extraordinary show of online support in this past Sydney to Hobart. Wishing you Happy New Year! I look forward to catching up and meeting many of you this year. Hobart, here we come for Winds of Joy.” ‪#‎Ican‬

It is SWD’s mission to inspire optimism and show that you can achieve more than you imagine if you give it a go, disability or no.
Thank you to all of you across the world who championed the SWD team day and night. You inspired hundreds of comments and messages on social media and buoyed the crew on, sharing in one of the toughest but most rewarding experiences of their lives.

SWD communicated with Kayle via satellite so that videos and images could be brought to you from Kayle and the crew during the race. Thank you to all the crew. Mark and the world record bear All bears on deck John and Jim on deck for the RSHYR 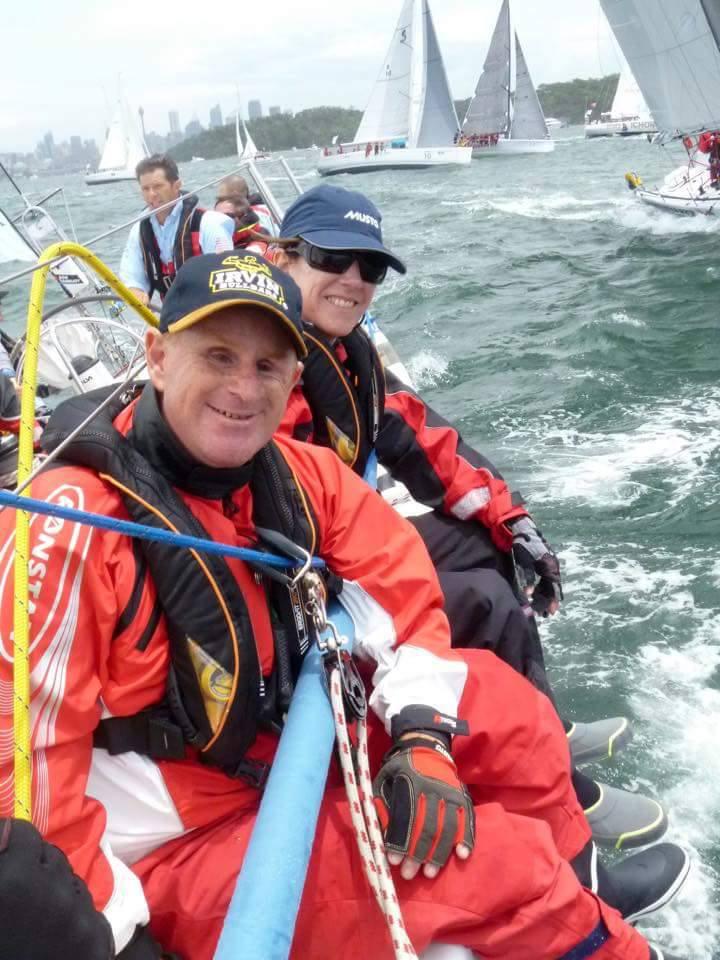 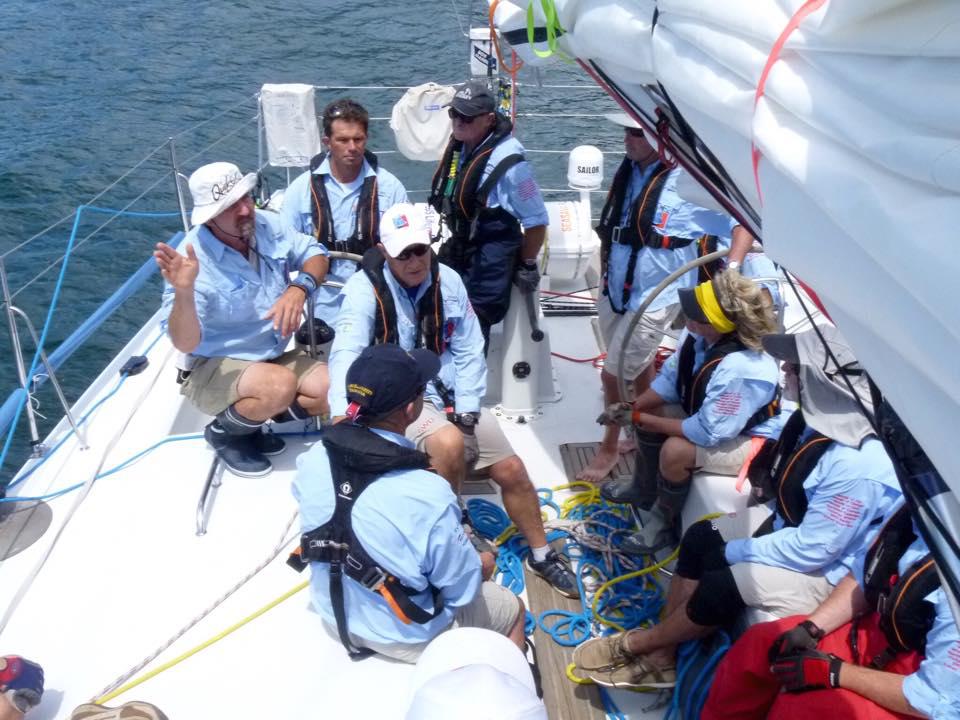 We're flying in the RSHYR