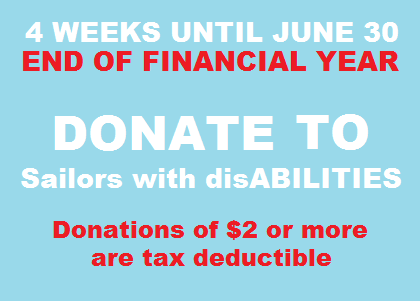 NOTE: Click "Display images below" at the top of your email browser window to see the photos included in this newsletter if they have not automatically displayed.

We have opened bookings for Winds of Joy sailing days for children with disability from schools in Southport, Coffs Harbour, Rosslyn Bay, and Mackay.
This program forms part of SWD's annual Northern Campaign running Jul-Sep this year. If you're ready to book for your school on the above dates, fill in the application form.
If you already have a log in, head to the interactive calendar. Log in at the top of the page. Select the month. And then select the date for your area.

As of early May, the Cruising Yacht Club Of Australia and Sailors with disABILITIES formalised a partnership in which, "The partnership sees SWD acknowledged as a preferred charity of the CYCA, in addition to the CYCA SOLAS Trusts, with the club assisting SWD with its major fundraising campaign, in addition to race management and promotional support for the Sailors with disABILITIES Charity Regatta."

SWD founder David Pescud said formalising a partnership with the CYCA would help SWD to continue the work it does with young people and people with a disability, introducing them to the joy of sailing and at the same time helping them discover their own abilities and potential. 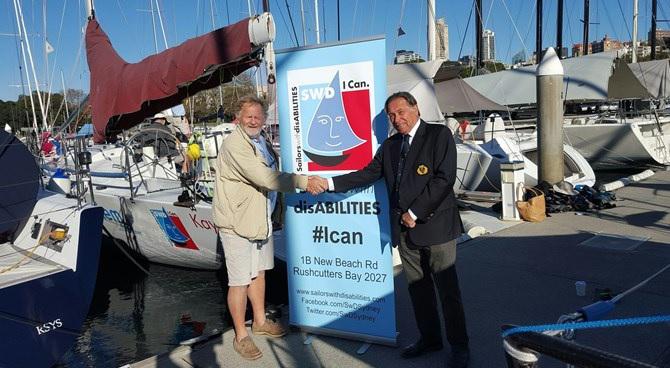 “The partnership with CYCA and SWD has existed informally for 20 years but it’s great to now have a formalised understanding – it’s good for people with a disability in our society, it’s good for SWD to have a home and having the not inconsiderable resources of the CYCA put at our disposal will guarantee the sustainability of our programs,” said Pescud.

“The CYCA Board has been terrific and its John Cameron’s stewardship of reform that’s brought this about – we really appreciate the time he and Vice Commodore John Markos put into it.

SWD wishes to thank everyone at the CYCA and within SWD who worked together to create this partnership. We look forward to getting to know our CYCA partners and growing this unique initiative.

SWD launched a permanent space in Melbourne in March. Officially launched March 22, and reported in Docklands News, SWD’s Melbourne patron, Bryan Dorman, said: “Expanding the good work of Sailors with disABILITIES in Sydney, and their safety record, is vital to the Melbourne program. The opportunity for children with disabilities, in wheelchairs, to sail on a yacht in Melbourne hasn’t happened before. We really want the children, young people, schools and families in Melbourne to enjoy it.”

“We delight in the absolute pleasure that children get from the experience, the excitement lookingforward and the memories they make during the experience,” Bryan Dorman said. 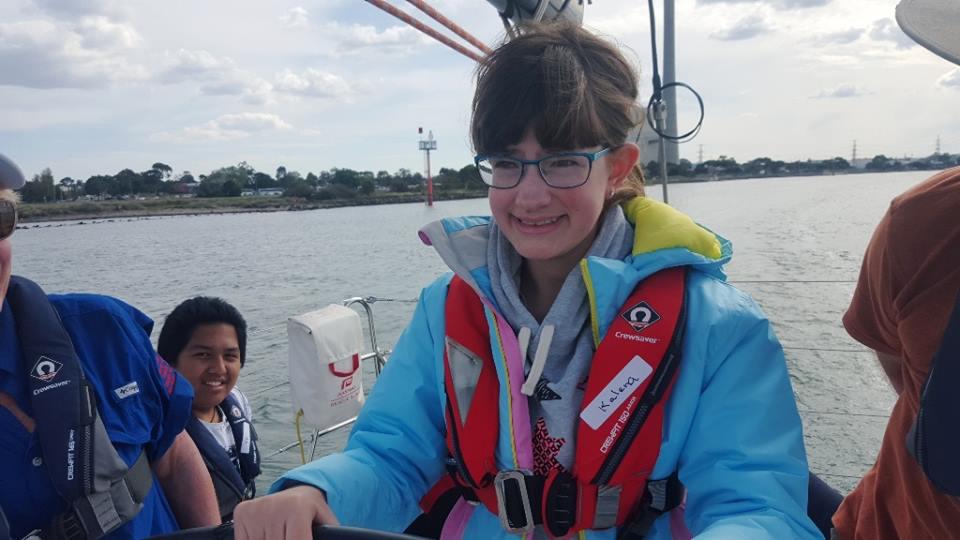 “We aim to develop the programs so that the boat gets more use. We have 32 days of the year programmed but we would like to expand that so that, whether economically, culturally, physically or socially disadvantaged, children have a chance to experience inclusion through sailing,” Bryan said.

Lastly, a great big thank you to Visit Docklands Melbourne for a permanent berth for Sailors with disABILITIES in Melbourne. SWD appreciates having a berth for Ninety Seven so it can carry out its national program in Victoria.

This year, over 900 children and young people with disabilities in Melbourne will explore their physical and psychological potential in a safe environment in SWD's sailing programs.

In early March, students and teachers from Victorian College for the Deaf sailed on "Ninety Seven" in Winds of Joy Melbourne as part of SWD's ongoing national outreach program to give children with disabilities the opportunity to experience the life changing impact of sailing. 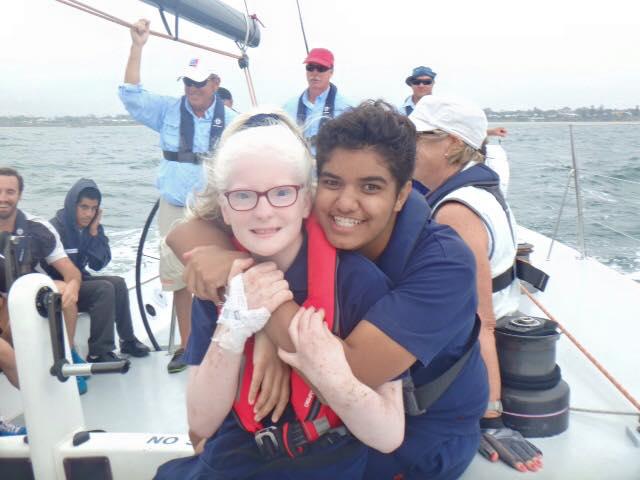 "We had an absolutely amazing day sailing last Tuesday. We arrived to magnificent weather and a huge welcome from the Sailors with disABILITIES crew on a fantastic new yacht. All of our students enjoyed an incredible experience of steering the yacht, cutting through the blue waters, following a course around buoys and having an incredible and totally unique experience.

After looking at the brilliant photos of the day, our second group of students are eagerly counting down the days until their sailing experience.
Thank you!
Megan Friis
Middle Years Leader
Vermont South Special School" 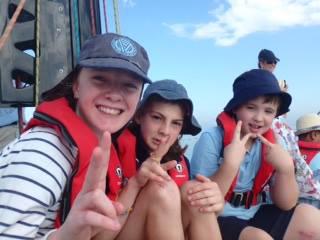 Volunteers are crucial to the success and continuation of SWD’s sailing programs for children with disabilities. At the moment, we urgently need volunteers in Melbourne on an ongoing basis, and in Queensland in July, August and early September. If you, or someone you know, may like to volunteer and make a difference with children with disabilities in these sailing programs, email Rebecca at info@makingwavesfoundation.com.au. You can also share our volunteering page or email this newsletter. 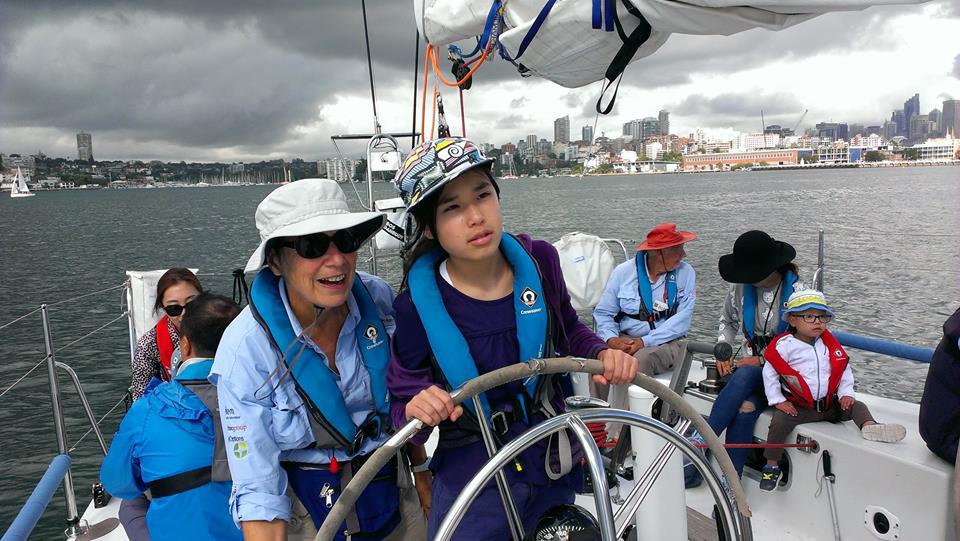 Thanks to Xylem Australia & New Zealand and Xylem Inc. for sharing SWD's story in their most recent staff newsletter. Xylem is continuing to sponsor SWD in 2016 and we look forward to welcoming Xylem staff on board with SWD volunteers in coming months. It's exciting for SWD to partner with such an innovative company that also does good in Australia and around the world. 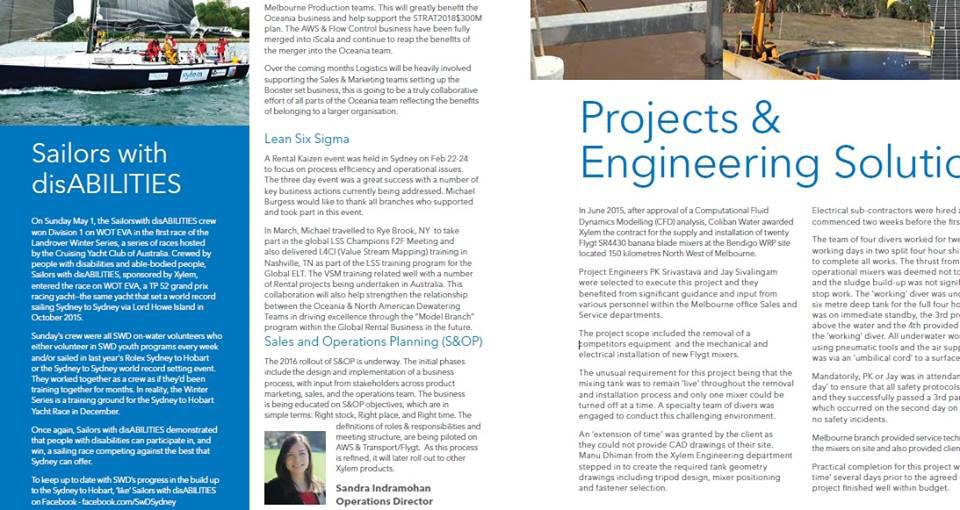 It is with sincere gratitude that SWD thanks the ASX Thomson Reuters Charity Foundation Art Union Raffle, particularly David Brocklehurst and Barbara Colvin, and everyone connected to SWD who purchased tickets and helped to sell the tickets. The raffle event was held in early March in Sydney and the event was attended by all recipient charities chosen by the Foundation to participate in its 2015/2016 programs.

According to SWD President, Sharon Angel, “there was much cheering and support” when she stepped up to receive a cheque for $50,000 from the Foundation on behalf of SWD.

Sharon was surprised by the amount of interest shown by attendees as to the level of positive outcomes SWD generates with its limited financial resources. She explained we achieve these outcomes through our high volunteer ​involvement. We have the best team in Australia!

This is the 33rd year that ASX has run its charity events. This year they raised $1.5 million for all charities combined. SWD, once again, wishes to thank everyone who purchased tickets, and volunteers for their time and hard work around the programs included in the ASX event. We are shortlisted to be included in the program again in 2016/2017 and, fingers crossed, we will know in a few short months if we will be accepted.

A New Look at Impact​: Check our figures if you like!

In other words, totalling each individual’s time, SWD has run programs for 13.7 years for people with disability or facing disadvantage.

13.7 years of continuous program time has been carried out almost exclusively by SWD’s passionate and dedicated volunteers.

We wish to thank Grill'd, Victoria Street, Darlinghurst, for fundraising and donating $100 to SWD from the tips tin at the till​! This will contribute to supporting a child with disability to sail with us in a Winds of Joy program. Cheers ‪#‎LocalMatters and to Mia, from Grilld Victoria Street Darlinghurst, who handed over the cheque to Neil Burling, SWD Board Member.​ By the way, their burger with the lot is amazing​!

The CYCA Landrover Winter Series has started and Sailors with disABILITIES came first in Division 1, in the first race of the season.
The crew sailed on WOT EVA and included people with disabilities and able-bodied people who volunteer in SWD youth programs and/or sailed in last year's Rolex Sydney to Hobart or the Sydney to Sydney world record setting event.

In other words, a cracking, experienced sailing crew helped demonstrate, once again, that people with disabilities can participate in, and win, a sailing race competing against the best that Sydney can offer.

​The SWD team have been sailing and having fun every second Sunday in the season come join us log in on the calendar: http://bit.ly/1SOkyqn 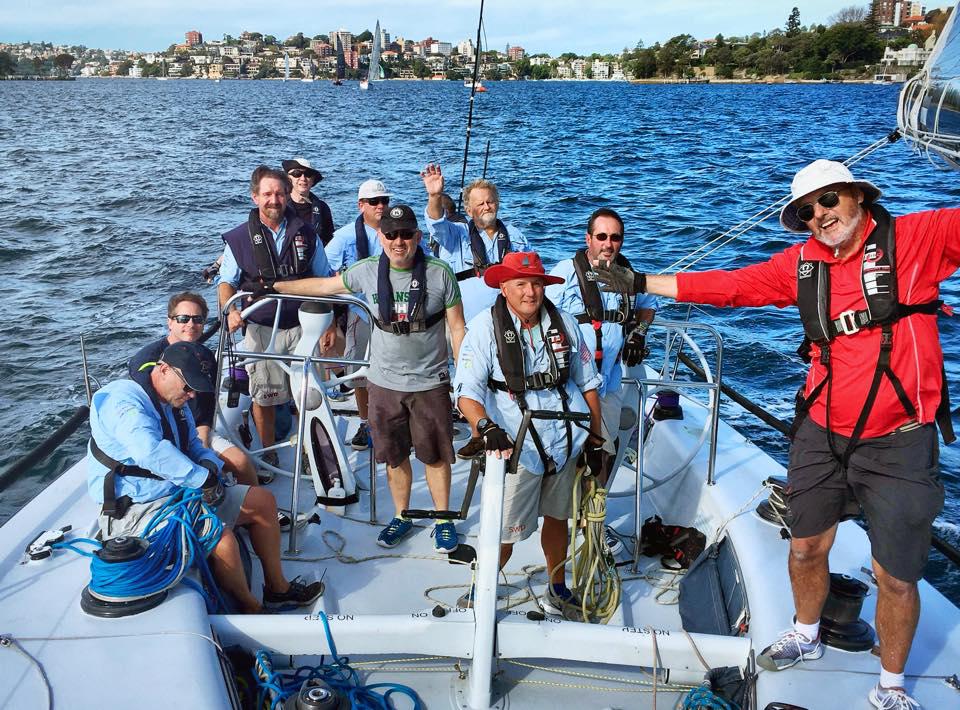 Sailors with disABILITIES will enter the Land Rover Sydney Gold Coast Yacht Race in July 2016. SWD's yacht will be crewed by people with disability and able-bodied people.

SWD's main objective is to show the strengths and skills of the entire crew in a context which does not discriminate between disabled and able-bodied people; out on the ocean there are opportunities for everyone to show their strengths, no matter what shape their internal or external self takes.
The race is considered a trial for crews intending to sail Rolex Sydney to Hobart, six months later.
Watch the Cruising Yacht Club Of Australia page or the Land Rover Sydney Gold Coast Yacht Race page for news about the race over coming weeks.

The SWD board would like to say a huge thank you to everyone at Women Who Sail Australia and Deckee for selecting Sailors with disABILITIES as one of the charities to receive funds raised at the Gathering on the Bay event at Nelson's Bay in April. SWD is grateful for the generosity of the hardworking women from Women Who Sail Australia. We also wish to thank Kristi Foster for advocating for SWD to Women Who Sail Australia. The donation will help fund a Winds of Joy sailing session for young people and children with disability. "Next to the CYCA!"
​
D’Alboras were kind enough to contribute to the costs of opening the SWD office in their marina (which is next door to the CYCA) in Rushcutters Bay.

The office is located at 1B New Beach Road, Darling Point. ​It ​will be staffed throughout the week by SWD staff and volunteers. 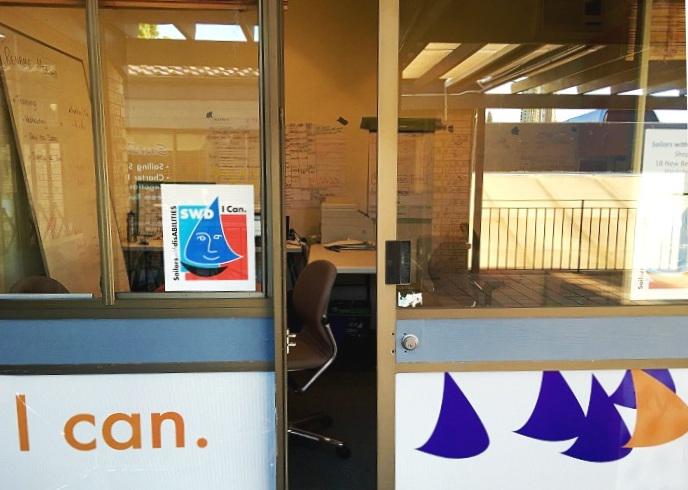 The marina building space provides great disability access at road level, with a coffee shop and kiosk, a great place to meet the SWD team.

Thank you to D'Albora's​ for their support​. By the way, the office is situated on the first floor.

As the end of the financial year approaches, Sailors with disABILITIES is urging you to consider a charitable donation that can boost your tax return while supporting life-changing work with some of our most challenged children and adults with disability and facing disadvantage.

When you donate to SWD by June 30, you can claim your tax deduction this financial year. Within minutes of donating, you'll receive an email and a 1-page receipt that you can print for this year's tax return.

All donations of $2.00 or more are tax deductible. Thank you!

Click this link to head to our secure donation page.
https://payment.securepage.com.au/swd/donate.php