Businesses, NGOs, community groups and volunteers from across Sydney gathered at the Cruising Yacht Club of Australia on Friday March 10 for the Sailors with disABILITIES inaugural #MakingWaves Regatta, the first regatta held by SWD in its 23 year history.

Aiming to raise essential funds for children with disability and those who face adversity across Australia, the Regatta included a dozen yachts donated by their owners and purchased by companies.

Over 40 SWD volunteers attended the event. ABC Radio Host Simon Marnie hosted the awards ceremony afterwards. SWD Founder David Pescud spoke, as did President, Niel Burling, acknowledging the contributions of the CYCA and all the sailors, volunteers and businesses that supported us and the event.

SWD founder David Pescud said: “SWD is at it again, making waves and setting another first in the Making Waves Regatta. We aim to show everyone that disabled people can successfully manage a sailing regatta on Sydney Harbour. It's about celebrating our differences and bringing together people with disabilities and all backgrounds to change society's perceptions of what is possible.”

Sailing a course around key landmarks on Sydney Harbour, the boats raced from 2 – 4 pm. The CYCA manned the start and finish boat.

We wish to thank yacht owners who donated their boats or supplied Skippers and crews to be hired by companies that raced on board on the day: 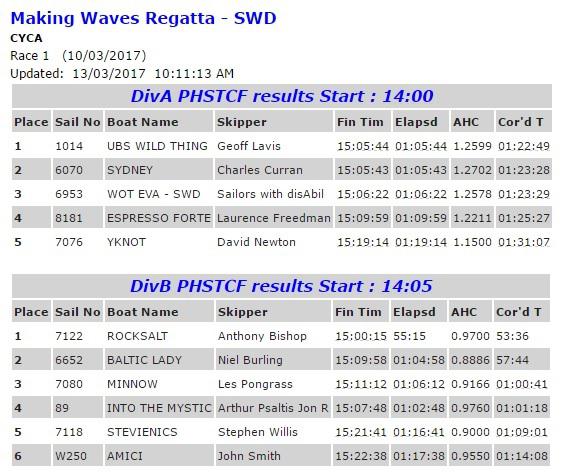 SWD's Head of Fundraising, Rob Lawrenson, was delighted with the outcome and support from across the business, yachting and broader community. He said, "Thank you for your support and building on the success of the future. The event was not about who came first, it was about what we can all do to make a difference when we unite and work hard towards an outcome, and have a little fun along the way. We can't wait to do it again next year!"

Head to the album on our Facebook page to see all the photos from the Regatta. 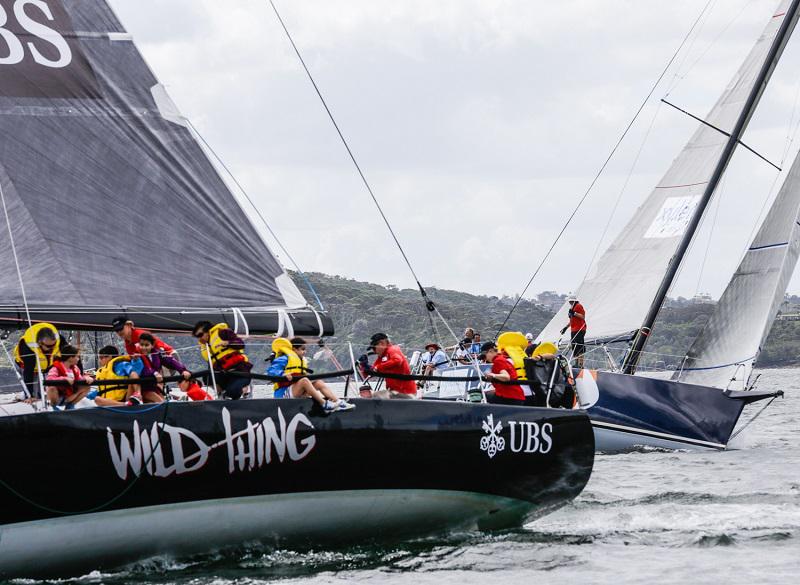 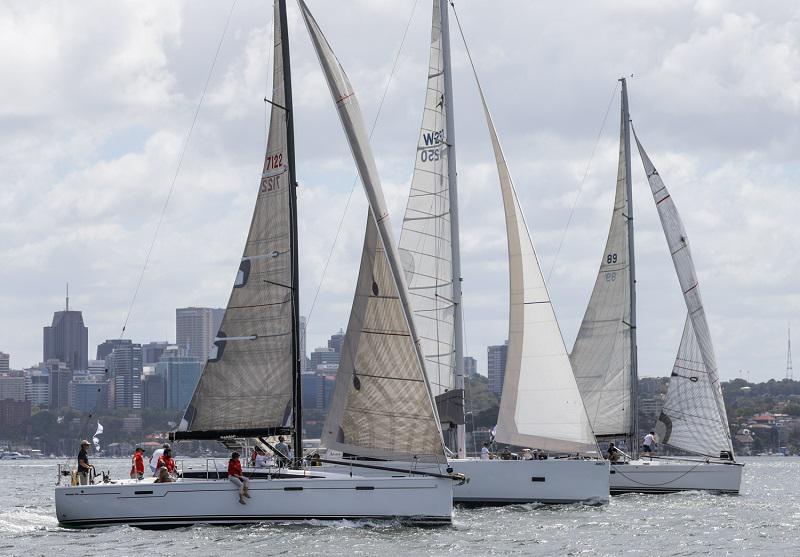