Last weekend, SWD joined in events around the Australian Women’s Keelboat Regatta which is run by the Royal Melbourne Yacht Squadron (RMYS). SWD is the charity of choice for the RMYS and the AWKR, thanks to the efforts of several SWD Melbourne volunteers and staff. SWD is grateful to be supported by the event and the RMYS.

SWD was invited to be among the spectator fleet and onshore events. Supporters and volunteers came on board Ninety Seven on Saturday and Sunday and were even chaperoned by a pod of dolphins to the course one morning.

SWD spoke with the General Manager of the RMYS, Matt Solly.

“While the sailing was light due to the wind, it was a sensational event,” Matt said. “It’s our biggest event all year and the atmosphere was fantastic.”

Twenty seven years ago two female sailors were inspired to create a women’s only regatta after attending the New Zealand Women's regatta.  Their goal was to encourage women to get involved in the sport of sailing.  This goal is still very much at the heart of the Australian Women’s Keelboat Regatta. Twenty-four yachts, including eleven S80s, and over two hundred women arrived from every state in Australia, from the NT, and from New Zealand for three days of racing in the biggest event on the RMYS calendar.

"Held annually at the RMYS in St Kilda over the Queen’s Birthday long weekend in June, the AWKR is a notoriously fun, often cold and always very competitive regatta." -- AWKR.

VOLUNTEERING FOR THE NATION

SWD volunteer Kristi Foster sailed in the regatta and was a guest speaker for SWD at the Saturday evening’s dinner.

“I spoke about what SWD has done for me and how it’s impacted my life, giving me so many opportunities,” Kristi, who broke her back when she was 21, explained. “I also explained that the talk I did last year at the same event got us over 30 volunteers for SWD in Melbourne and we’ve welcomed over 800 children on board this year. And I explained we need more volunteers. The more volunteers, the more kids we can impact and the more programs. I explained that they can also join the outreach programs in Queensland or Hobart. I said they’re not just volunteering for Melbourne, they’re volunteering for the nation. That excited a few people.” Kristi also raced. There was a strong sense of sisterhood among the women sailors who came from all over the region with a full team from New Zealand, some from Darwin, three teams from Townsville, a full team from Brisbane, a few boats from Hobart and one team from South Australia and Western Australia.

“They’re amateurs,” said Kristi. “Ladies leading ordinary lives – doctors and physios and teachers and optometrists. The highlight was the sisterhood. There was one day where we were rafted up with our competitiors on water like glass, becalmed. There were 17 women on boats that all felt the breeze hit at the same moment. Looking back, it was as if we were all thinking, we’re sisters now, now we’re going to go back to being competitors, but as soon as we’re off the course, we’re back to being sisters.” 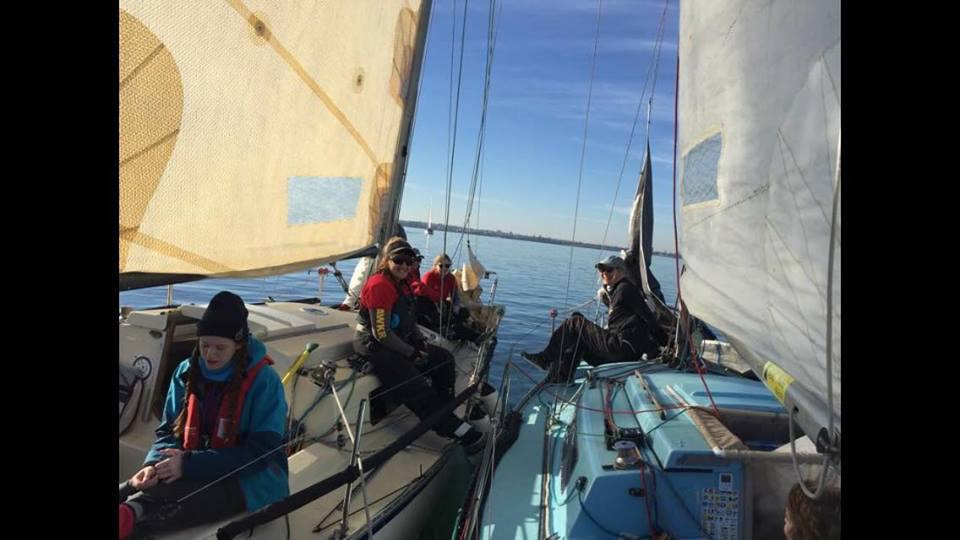 The founder of the AWKR, Gai Clough, also participated, as she has done for all 27 AWKRs.

"Gai founded it 27 years ago and the lady who was in her original crew has done 27 AWKRs and she was also there and we competed against her. It was a beautiful moment when she stood up and everyone stood up and clapped her.”

“The founder of AWKR liked the shirt we designed so much that our bow woman gave her her shirt and she’s got it now." Melbourne Coordinator, Richard O’Hara, was key to organising behind the scenes, along with SWD volunteers Celia Dymond and Mark Grinter who are both closely connected with the RMYS. Besides being in the spectator fleet, the RMYS was testing tracking software for a new app and Ninety Seven was the yacht of choice to test the app over the course of the weekend. We’ll keep you posted about this.

“It was a great opportunity for SWD on so many levels,” Richard said, “but especially to attract new volunteers and we’re ever grateful to RMYS for including us in it. And the T-shirts were a hit, even among the male supporters!”

You can get involved volunteering with SWD here.

The SWD supporter team on board Ninety Seven during the AWKR. Ninety Seven out in the AWKR 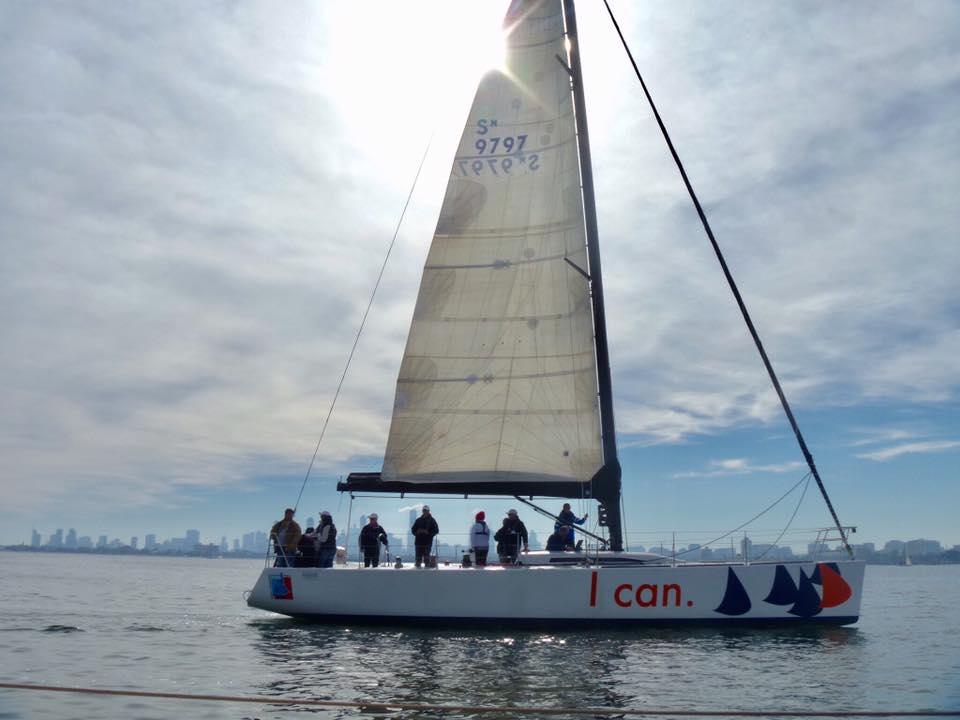