He’s volunteered with SWD. He’s learning archery. And now there’s just one SWD volunteer who can say they chatted with Ian Thorpe for ten minutes and then waited with “Thorpy” to meet Prince Harry last week—and shook Prince Harry’s hand and chatted with him, not to mention meeting the Prime Minister, who is a patron of SWD.

It was the hard launch of the Invictus Games—500 day countdown—being held in Sydney next year and SWD volunteer, Dave Condon of Hobart, was in the pouring rain at Government House in Sydney with Invictus hopefuls from across Australia.

Dave Condon at the Invictus Games Launch in Sydney 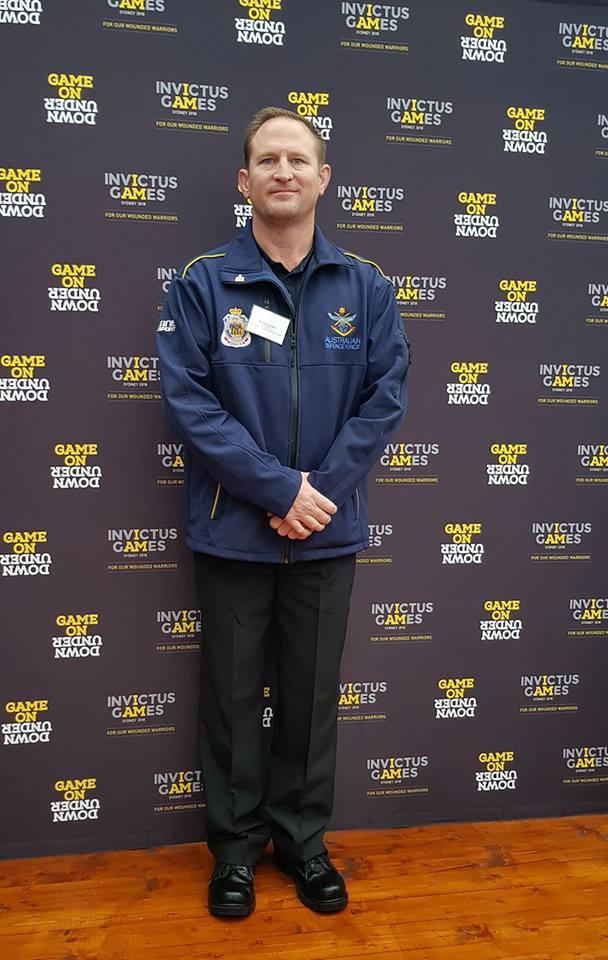 Dave’s the guy who delivered many of the images and videos from the 2016 and 2017 Hobart outreach programs, along with Greg Pugh.

Based in Hobart, Dave, now forty-three, was serving in the military when an injury changed the trajectory of his life.

“I was in the Royal Australian Air Force. The injury happened in 1998 while on deployment to Singapore. I had an accident while lifting an aircraft radar while loading up transport aircraft to return back to Australia.”

Dave has had a lot of operations and regularly experiences pain, though he doesn't complain. He has also experienced depression and PTSD.

“I have a lower spinal injury, my whole lumbar spine from L1/2 down to S1 is stuffed. I have had four major back operations and have Wallis implants at levels L3/4 and L4/5. I also have no feeling in my left leg and bad sciatica down my right leg.”

Despite the physical and emotional pain, Dave gets into everything, including volunteering with SWD in 2016 and 2017 in Hobart. And then he discovered Invictus. 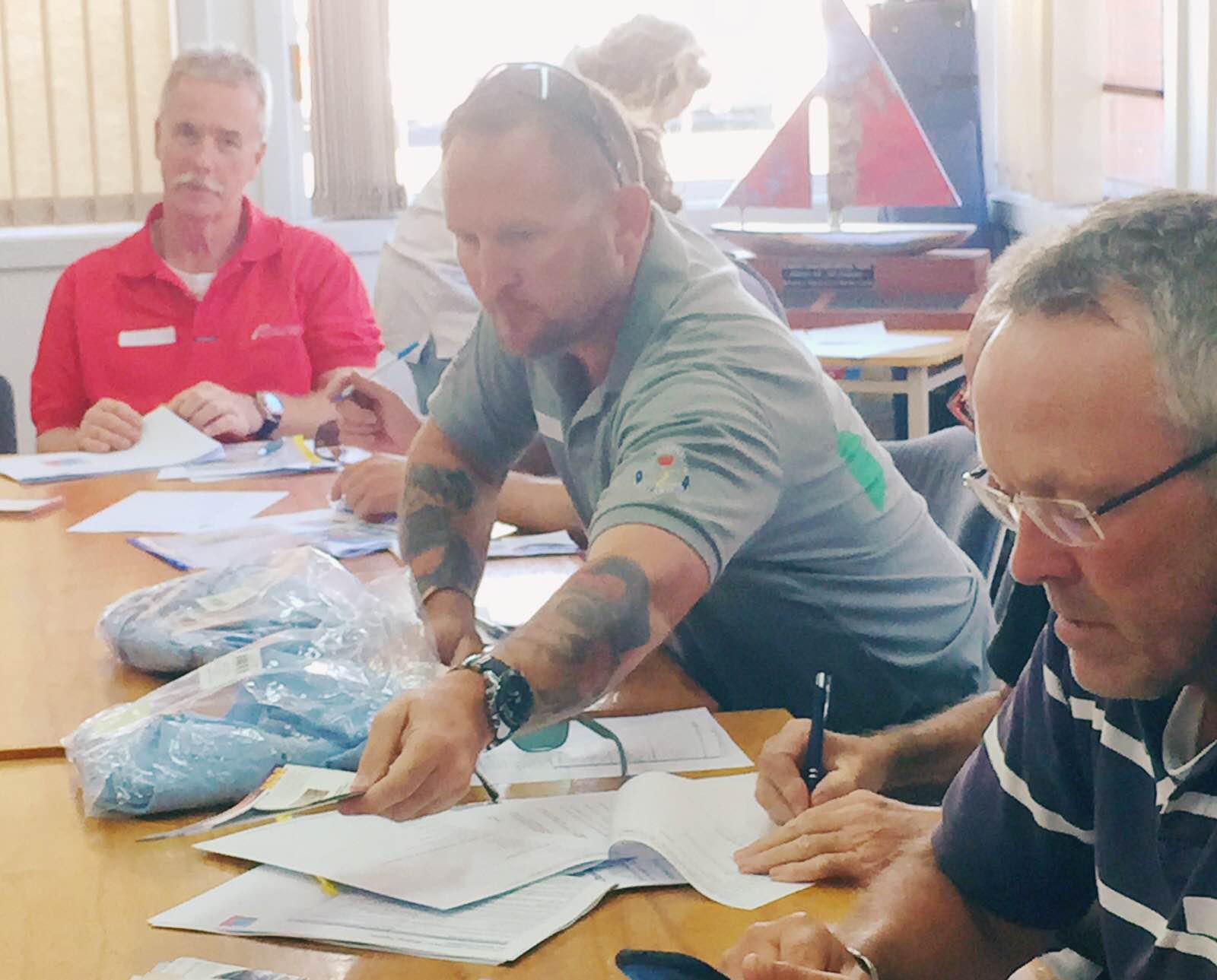 Dave with Prime Minister, Malcolm Turnbull, and others at the launch last week 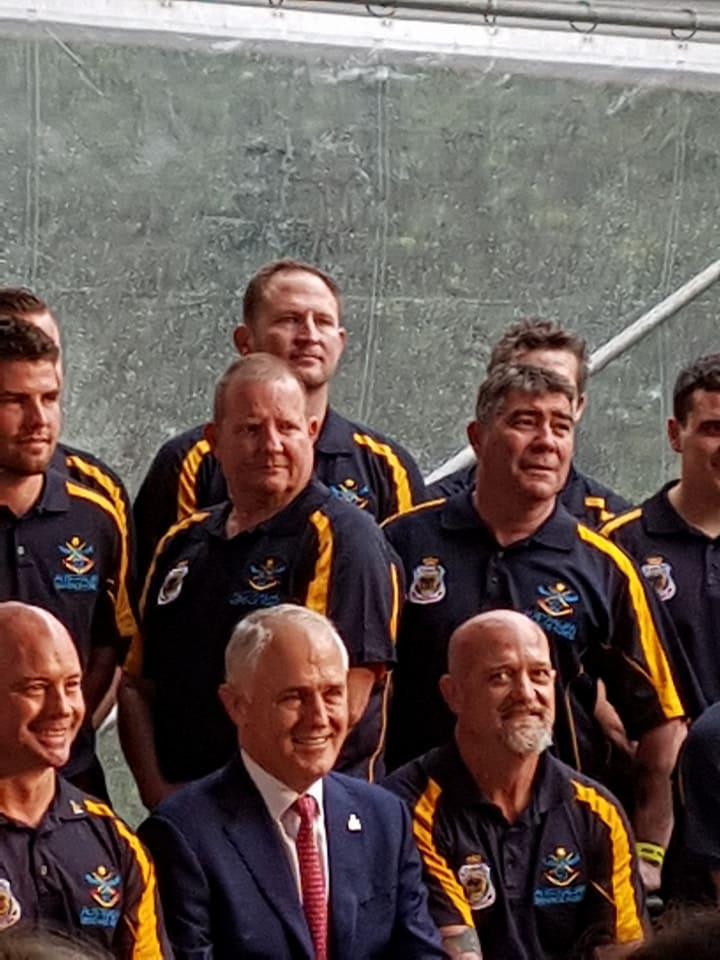 GETTING INVOLVED WITH INVICTUS

The Invictus Games use the power of sport to inspire recovery, support rehabilitation and generate a wider understanding and respect for wounded, injured and sick servicemen and women.

The Games will be held from 20 – 27 October 2018 in Sydney and will bring together over 500 competitors taking part from 17 nations. They will compete in 10 different adaptive sports with events being held across Greater Sydney, including Sydney Olympic Park and on and around Sydney Harbour.

Dave discovered the Invictus Games in 2016.

“I had a couple of friends who were in the team. There was one guy from Tasmania who was chosen in the team and got me to apply. I thought, well, it’s something I can have a go at and it’s all part of rehabilitation using sport to do that. So I took up archery. I started archery just when I was going to apply for Invictus. I’ve stuck with it ever since. I also did wheelchair basketball.”

“In January we had trials. There were 140 odd people and then narrowed to 53. Then there were a couple of camps during the year.”

“It’s been a good experience and I’ve made a lot of new friends with people who’ve been through similar experiences like myself with injuries and things. And using adaptive sports and different sports including wheelchair sports has been really amazing and given me a whole new idea of sport. I’m motivated because of sport instead of just sitting at home. It got me involved in something.”

Because of that, Dave found himself in the rain last week in Sydney with Ian Thorpe.

“It was like a reward for everyone there who’d put the effort in for the year, training." Dave said. "It was a pretty amazing experience to be invited to the hard launch for the Sydney Games next year. I got to meet Prince Harry, the Prime Minister, the Governor, Ian Thorpe.”

“Ian Thorpe was so cool. I saw him at the stairs while we were waiting for Prince Harry and thought, that’s bloody Thorpy! He was just standing there so I went up to him and asked, ‘how you going mate?’ He shook my hand and he was really cool and we chatted for ten minutes." 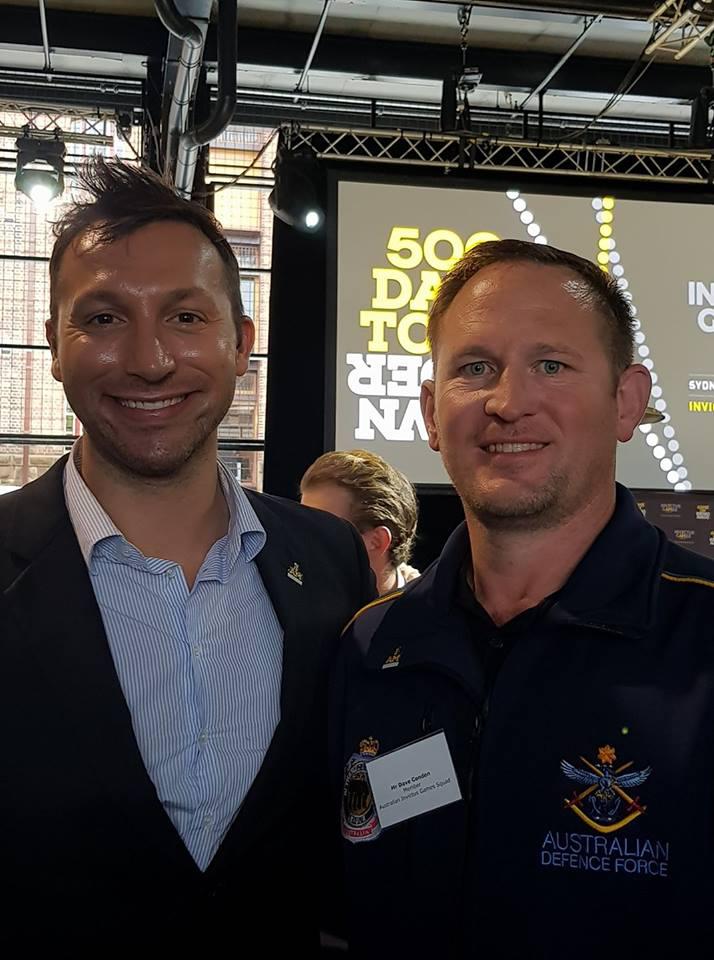 Dave found Ian Thorpe to be a top guy and very relatable.

"Obviously he’s an ambassador for Invictus because he’s been through depression and post-traumatic stress, himself. He understands the struggle a lot of us go through because he’s been there—he’s gone from highs to lows." Dave said. "He was totally understanding and that’s why he’s involved and trying to support the Games.”

“And then when Prince Harry arrived by boat he was drenched in the rain and it was myself, Thorpy and three of the other guys stood in a line and we all got to meet Prince Harry when he went on stage. It was a highlight.”

The teams and their families attended a second event where Prince Harry got to spend time with each group.

"He was so easy going and down to earth and he understands the troubles that people from the military have been through because he’s been there himself. He totally understands what we’ve gone through,” Dave said. 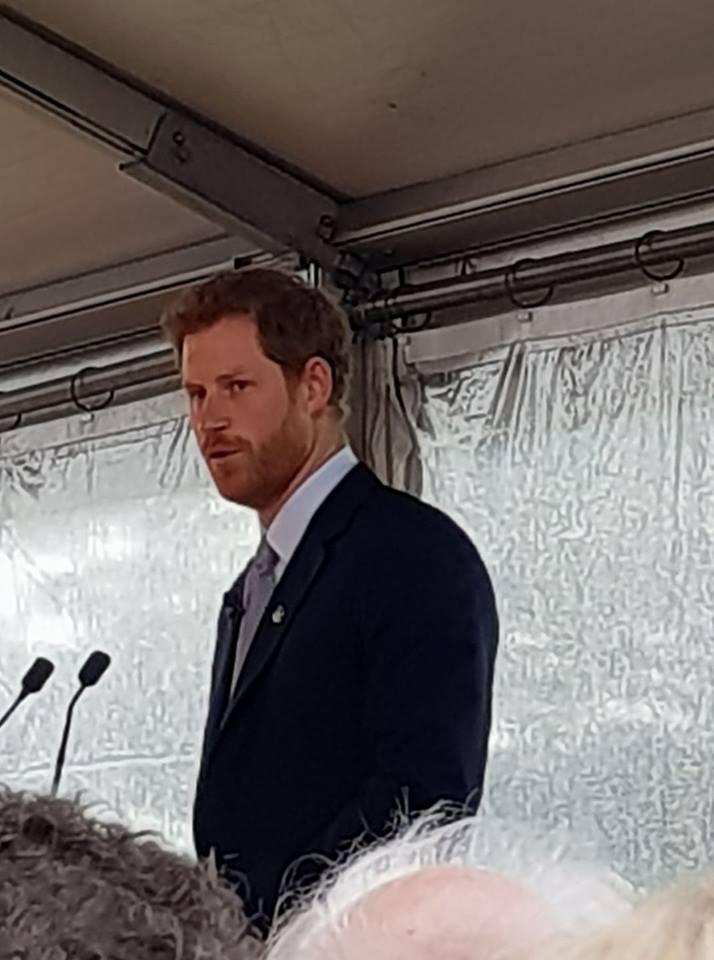 Dave is optimistic as he plans his next steps and looks to the future.

“It was only on Friday just gone they announced the Australian team. Unfortunately, I missed out on a spot. They didn’t have enough spots and it’s a bit disappointing but life goes on.”

“I love archery. It’s my sport now. I’m going to continue with it. I had a call this morning from one of our mentors, an Australian Olympic coach and he’s going to try and get me some coaching for one of the Olympic coaches for archery."

"Invictus has been a stepping stone, a great experience, and it will lead to further things. I mean, I’m going to get one on one coaching with an Olympic level coach. That alone is going to be amazing.”

“And I’ve made some new friends out of it and I’ve got a new sport that I’m enjoying and it’s given me a direction.”

One of Dave's target practices 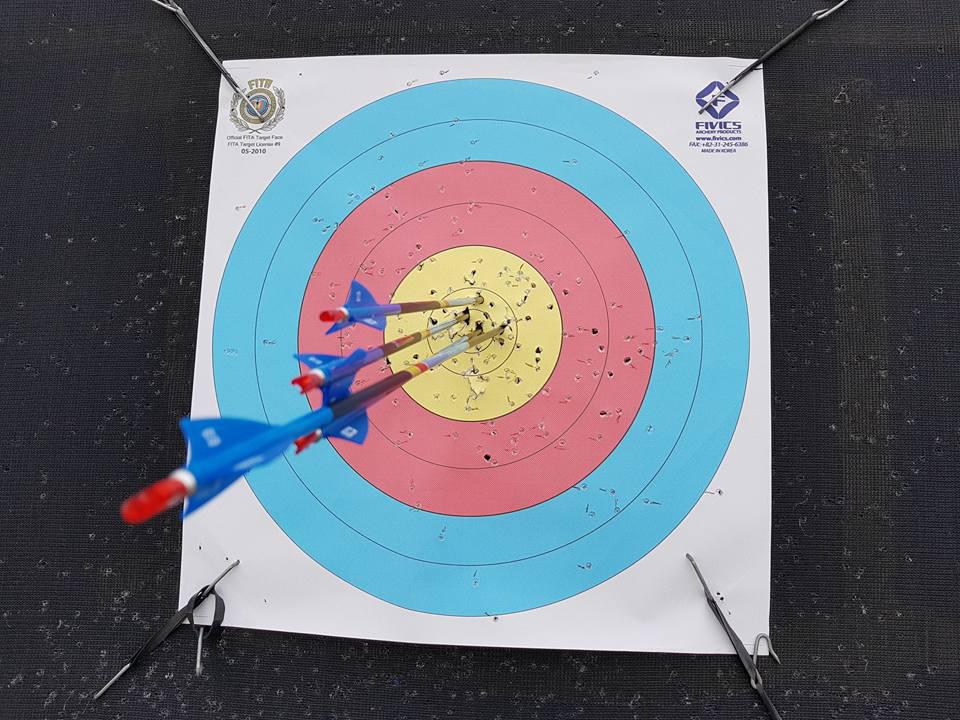 Meanwhile, if SWD is lucky and Dave comes on board volunteering next February, you might get to shake Dave's hand when SWD sails to Hobart to conduct its outreach program in 2018.

He’s likely to be the one with the camera and possibly a bow and arrow.

If you wish to volunteer with SWD, you can get involved here.