Making Waves Foundation launched its first Winds of Joy program in Hobart in 2016, expanding its national outreach program to Tasmania. Running for two weeks until February 26, Winds of Joy, Hobart, gave young people with disability in Tasmania the opportunity to experience the joy of sailing in a session sailing on board Kayle, a yacht designed especially for people with disabilities, able to accommodate up to 3 wheelchairs at a time.

In 2017, MWF ran its second Hobart Outreach Program which ran from the middle until the end of February.

Head over to our Facebook page to have a look at photos from the experience and all MWF's other programs. MWF enjoyed the hospitality of Derwent Sailing Squadron who generously hosted Kayle both years. MWF also welcomed new volunteers in Hobart on board.

The new team of volunteers from Tasmania, and others from NSW, on board Kayle today in Hobart. Sailing in and around the Derwent River for children’s programs was a highlight for everyone involved with MWF.

MWF’s sailing programs are run exclusively by MWF crew volunteers, many of whom are NSW-based volunteers traveling to Hobart for the program, as well as new Tasmanian volunteers who joined MWF for the first time in Hobart. As such, the team of MWF volunteers and staff met in Hobart for volunteer orientation in preparation for the start of Winds of Joy in Hobart.

Meeting today with volunteers in Hobart, some of whom sailed in the recent RSHYR and also volunteer with MWF, and some of whom are joining MWF for the first time. For many of the children, Winds of Joy was the first step on a journey of change in which disabilities were left onshore and new horizons opened over the course of a few hours, as the children witnessed each others’ success on deck and observe MWF volunteers crewing the boat and join in.

By the time they docked again in Sandy Bay, they realised they can experience freedom on the water, defined only by what they can do and their imagination. 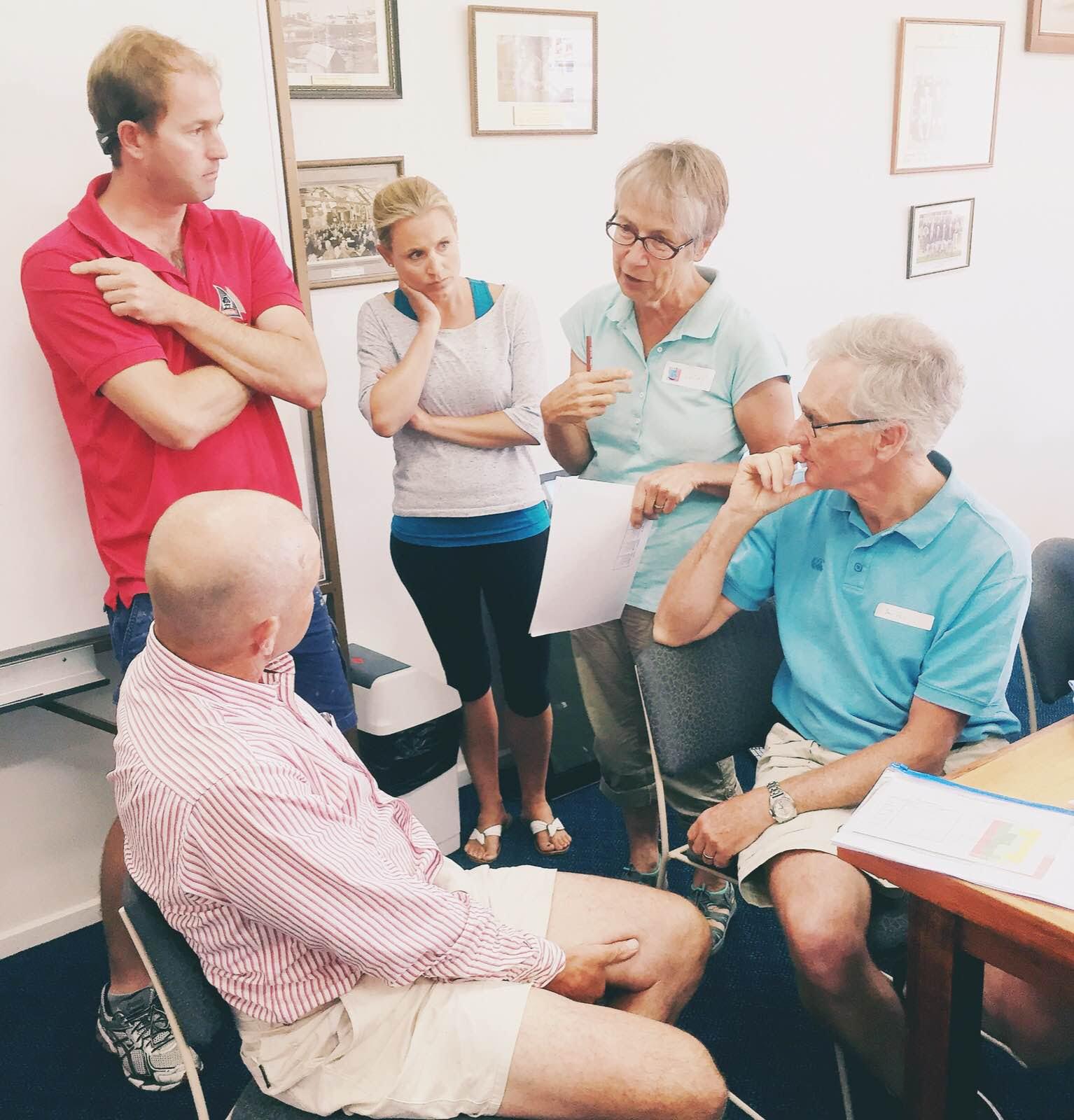 Val, Chrissie, Mike and Greg (who sailed the last two RSHYR with MWF and many Winds of Joy programs up north and in Sydney) David Pescud, MWF founder, addresses the volunteers who have come for orientation with MWF We're so excited to see these new and old faces coming together for Winds of Joy HOBART for the next two weeks.