A Brief History of Wot Eva

The first generation of TP52s was designed specifically for the Transpac Race from San Diego to Hawaii and racing down to Mexico from the U.S. West Coast. The design criteria stated that they should be lightweight and simple, with maximum headroom below decks.

Wot Eva was the very first TP52 to be built under the new TP52 box rule. Originally named Yassou, it was designed by Bruce Nelson & Bruce Marek (Nelson Marek design) and built by Goetz [www.goetzboats.com] at Bristol, Rhode Island, in 2001.

Jim Demetriades, owner of Yassou, raced at the Transpac race in 2001 as well as in numerous races to Mexico. Yassou dominated every buoy race series on the West Coast in 2001, 2002 and 2003.

Bruce Nelson comments on the design:

Yassou's hull form is quite different from the other 52's, and is based largely on our Open40 design developmental research of several years ago. The result is a hull with more volume near the ends and less amidships when heeled, which translates into more length and speed in breeze. Offwind, all the 52's seem pretty similar in speed, but power reaching and upwind Yassou has a decisive edge. 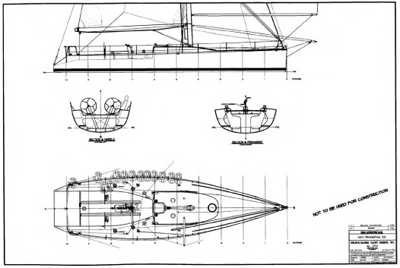 Yassou suffered a major structural failure to her hull on a delivery back from Mexico in 2002. The causes of the failure remain mysterious, though the crew claimed not to have hit anything. Goetz repaired the hull with 2 new carbon panels and Yassou continued to be the fastest TP52 upwind in all conditions until 2004.

Yassou originally had a spinnaker pole, hydraulic backstay and secondary winches for peels and in-line changes. The original paint job was pale blue, which can be seen around the stanchion bases on Wot Eva, where the marine paint is worn out.

In 2006, Yassou was purchased by John Buchan and renamed Glory, but not before a five-week refit of the yacht at Goetz, to convert it into a 2006 generation TP52. Modifications were made to the bow and stern, the keel fin re-machined and topmast stiffness increased. The backstay hydraulics were removed and converted to a winch-controlled backstay, leading to the addition of two winches at the back. The secondary sets of winches were also removed. 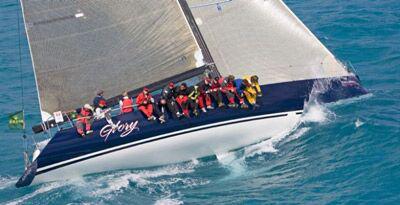 Glory was raced at the inaugural 2006 Rolex TP52 Global Championships and proved highly competitive with the 2005 designs placing 8th.

In mid 2006, Graeme Wood purchased Glory and renamed it Wot Yot. It was the first TP52 to be imported to Australia. In 2007, a bowsprit was added, replacing the symmetrical spinnaker configuration. 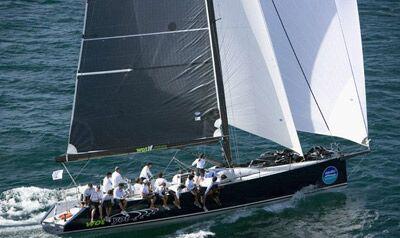 After ceasing offshore racing, Wot Yot was generously donated to Making Waves Foundation in September 2010 and officially launched as Wot Eva in December 2010. 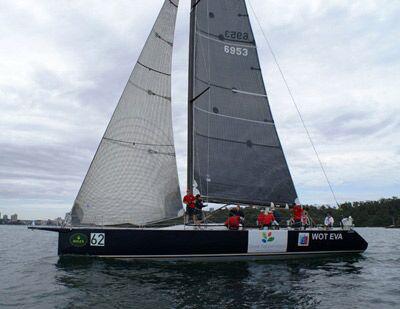 The latest TP52 box rules allow for wider beam & transoms, making them even quicker than the first generation (e.g. Hooligan ex ETNZ). However, Wot Eva remains extremely competitive with her lower IRC rating of 1.333 as demonstrated by it's recent IRC results: