Ninety Seven is one of Australia’s leading ocean racing yachts, and has the distinction of being the Line Honours winner of the Sydney to Hobart race in 1993 with the following year taking the overall win on handicap. Designed by Farr Yacht Design, and built by Boatspeed in 1993, Ninety Seven underwent a major refit in 2003-04 and was optimized for IRC. This included a new Hi Modulus Carbon mast, PBO rigging, and a new keel and carbon rudder. More recently, in 2013, a new carbon bowsprit was added and she took line honours in the Melbourne to Launceston race.

A fast yacht, ready to race, and with plenty of podium finishes to her name Ninety Seven is extensively equipped, for both round the cans and offshore racing. Part of our Melbourne program, Ninety Seven has been specially modified to be accessible for the wide range of disabilities in the participants welcomed by the Making Waves Foundation on board every week in Melbourne. Raised guard rails, wheelchair restraints, and redesign of the cockpit have made Ninety Seven a safe and inclusive vessel for all participants. 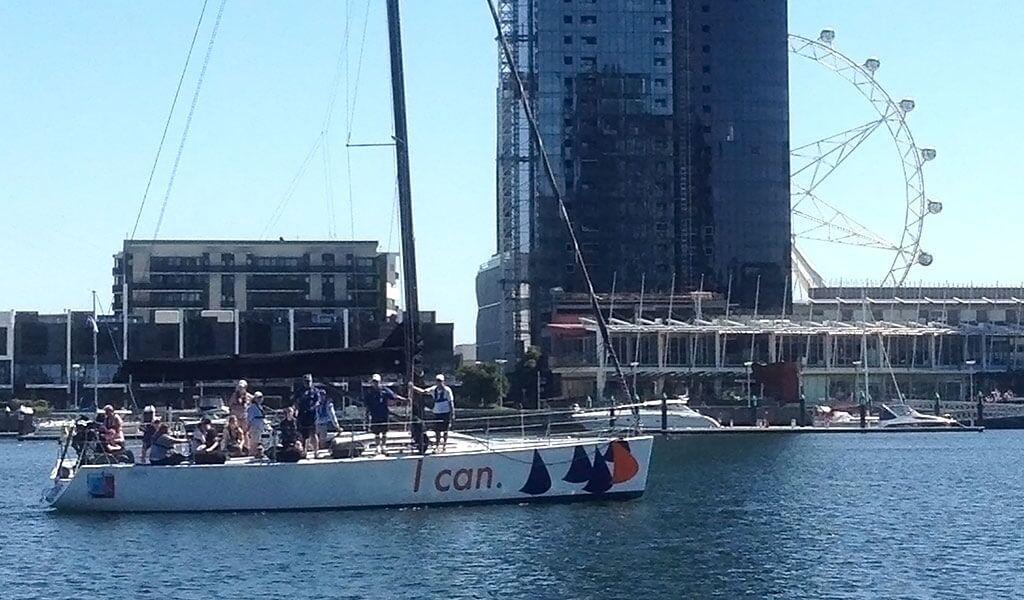